I’m finally putting some real work into making a video game for the Android OS that combines aircraft shooter with some role playing elements. My plan is to have a game where the player goes between typical shooter action and storyline, gaining XP, going to shop for upgrades, ect. The player will have a computer controlled wingmate too that will level up as well. I’ll be building it with the open source sprite engine rokon.

I’m making all the levels read in as xml so anyone can make a level. At some point I’ll release the core game as open source and sell Level packs on the Android Market. Here’s a screenshot 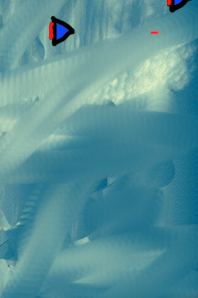 Not much to look at yet. Hopefully my next post will feature a demo video. It actually works but a few bugs make it less than impressive. It really does read level data off an xml file though which is super cool. That means I can write in xml that a certain enemy appears on the level at a certain time.

I’m using Google Wave for all the specifications. If you want to help out let me know, many more details are there.